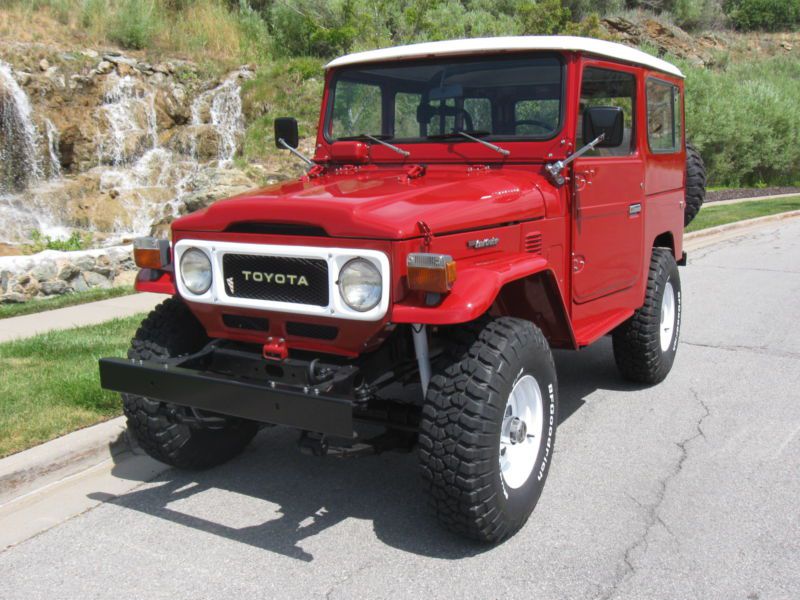 1981 Toyota Land Cruiser FJ40. Full frame-up restoration including a completely new rear tub.
Hello and thank you for looking at this beautiful example of a show-room condition FJ40. It really is stunning and
in excellent condition. There really is too much to list that went in to this restoration. I think the biggest
component and best selling points are that it's a 1981 (a very rare year) and that I replaced the entire rear tub.
Body Process: The entire Land Cruiser was broken down into pieces and sent to the sand blaster. Then all pieces
were sanded, etched, primed, sealed and sent to a professional body shop in Salt Lake City. The parts were
professionally painted in Toyota T-309 paint.
Drivetrain: The drivetrain is perfect. Tons of power. Excellent compression in all 6-cyl's. Transmission is the
4-speed Toyota and the T-Case is stock. Tires and rims are brand new with less than 50 miles
on them. The entire exhaust system (cat and muffler) are brand new.