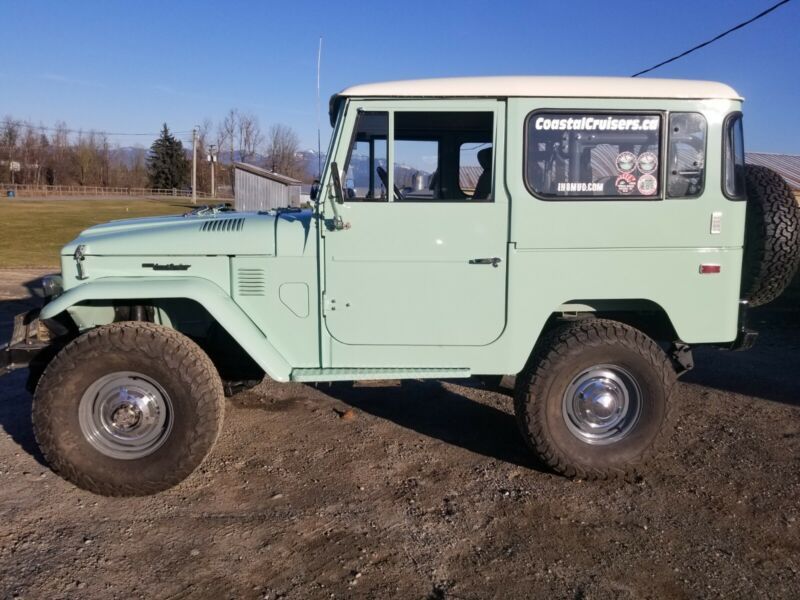 1981 BJ42 Toyota Land Cruiser. Exactly like the FJ40, except the BJ's have diesel engines. This truck is a
Canadian model sold new in Winnipeg. I am the third owner and have owned this truck for 12 years, the last 2 years
were spent on its extraordinary restoration and transformation.. This is a numbers matching original engine
vehicle. It is equipped with the 3B 4-cylinder diesel engine.
This is a Resto-Mod although much of the factory equipment remains. It has an aluminum tub, the front doors have
been changed to the older pre '1976 style and the front bib is also from a pre-1976 model. Color has been changed
from factory original dune beige to a 1970's Toyota Hilux Light Green. Comes with original owners manual. The
pictures never do the vehicles justice.