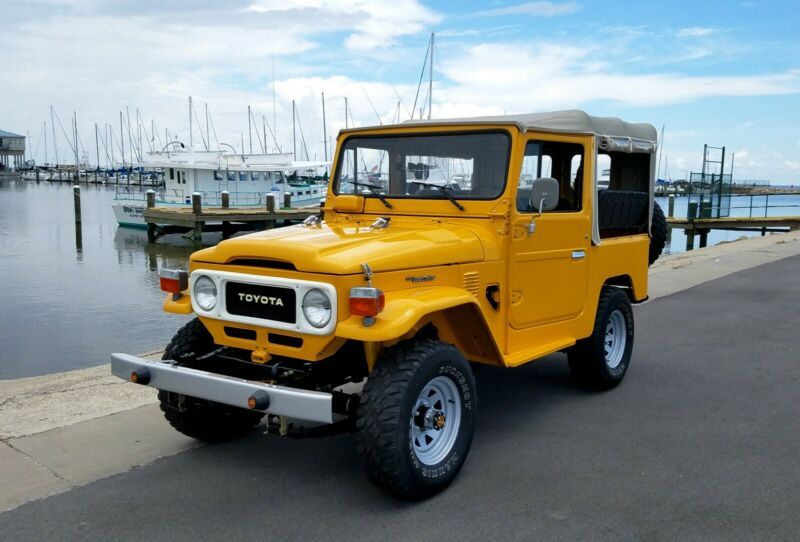 This is a frame off restoration of a FJ40 1980 Land Cruiser. Original from Japan . No rust at all prior to restoration. Tub, body parts, frame amid undercarriage components were media blasted. Tub and body parts were each primed. Frame and undercarriage components (excluding axles) were powder coated satin black. A new driver floor pan and rear sill panel were replaced not due to rust but just to make the car more attractive. The body was repeatedly blocked and sanded to perfection. The FJ40 color was keeped to original color yellow. Sprayed as a 2 stage (color and clear coat) Every part on or under this land cruise was meticulously sanded and painted, powder coated or ceramic coated. The land cruiser was put together with new and /or OEM stainless or zinc plated hardware, all weather striping rubber and felt is OEM Toyota new. Seats were reupholstered. Tires on original steel wheels. Original Toyota suspension