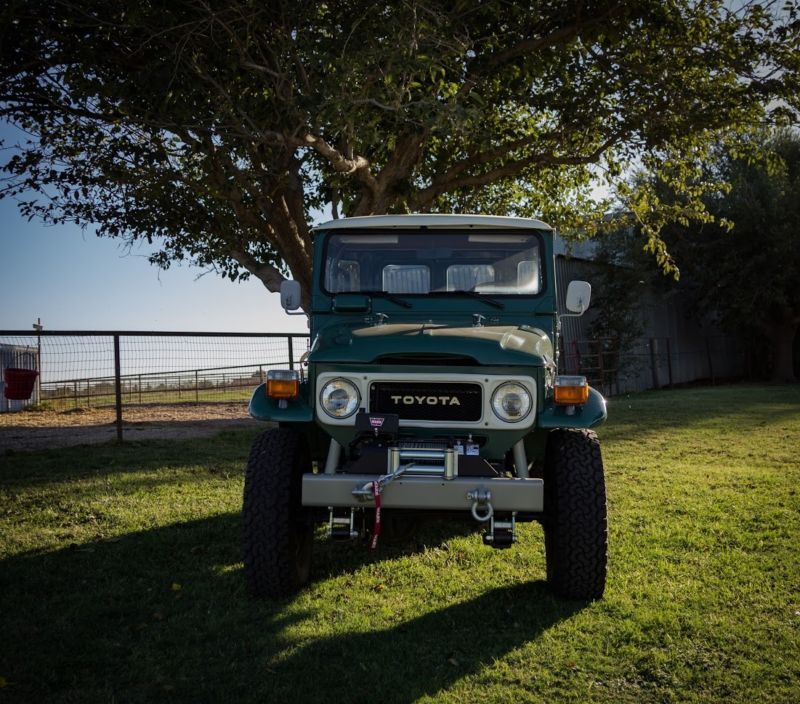 Beautiful 1979 FJ40
Rustic Green exterior with Gray seating and floor mats
New Air Conditioning
New 4" Suspension
New BF Goodrich 33x10.5x15 All Terrain tires
New Hell For Stout front bumper
New Warn VR10,000 Winch
New Clutch Master and Slave Cylinder
New PVC floor mats
This is a beautiful example of how a Land Cruiser should look and drive. The paint was performed by the previous
owner about a year ago and still looks good. This is not a showroom restoration but it is a really nice Cruiser at
a really fair price for all the options. Many new parts.