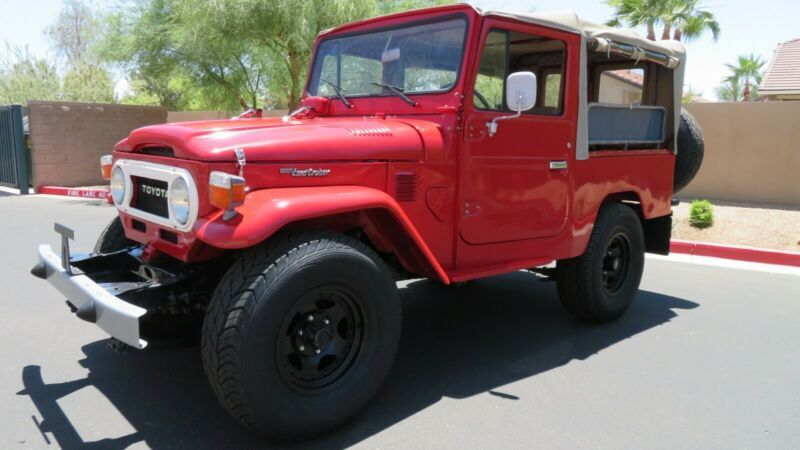 This 1978, FJ43, Toyota Land Cruiser is a left-hand drive example which was imported to the US from Colombia and is
reported to having a restoration completed a few years ago. Restoration includes a repaint, new upholstery/ top in
tan, new aluminum American Racing rims, new tires, and numerous mechanical components.
All exterior/ interior panels look in great shape including the undercarriage!