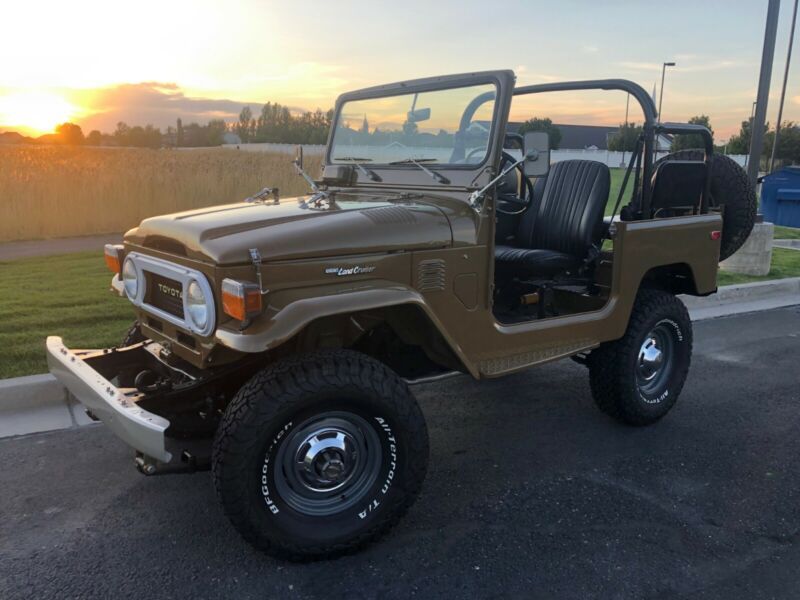 The 40 was completely broken down into pieces and sent to the sandblaster. The hard top, doors, frame, ambulance
doors, hood, floorboards and windshield were all in good shape. The rear panels, rear sill, front fenders, rocker
panels and wheel wells were replaced using new steel from Cool Cruisers and Real Steel Cruiser Parts. Body work
and paint (in Toyota Olive Brown 653) were all completed professionally.

Electrical, including all gauges work correctly and are using new signals.

Drive Train - Original 4.2 liter 2F engine married to the original 4-speed transmission and stock transfer case.
The engine as gone through a basic tune-up and has more power than any other 2F on the road. Brand new carburetor
from Spector. All smog equipment still in the vehicle.