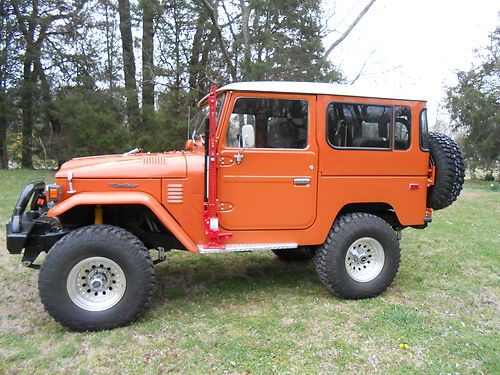 I am selling this for a friend. This was a full frame off performed by Cruiser Sulutions. They have added everything you can dream of to this cruiser. It has full alluminum tub, alluminum cawel, windshield frame, ole man emue lift, bfg 33x10.5 muds, arb lockers front and rear, arb bumper, warn 8274 winch, leather sport seats, tuffy locker, real nice stereo, vintage air, power steering, ididit steering colum, and the list goes on and on. The tub was rhino lined inside and on the bottom, including the firewall. All of the work was preformed sevral years back but very few miles have been put on it. There has been more than 50,000 spent on the cruiser but with 3 kids now he has to let it go. If you are in the Nashville area please come by and see it. thanks