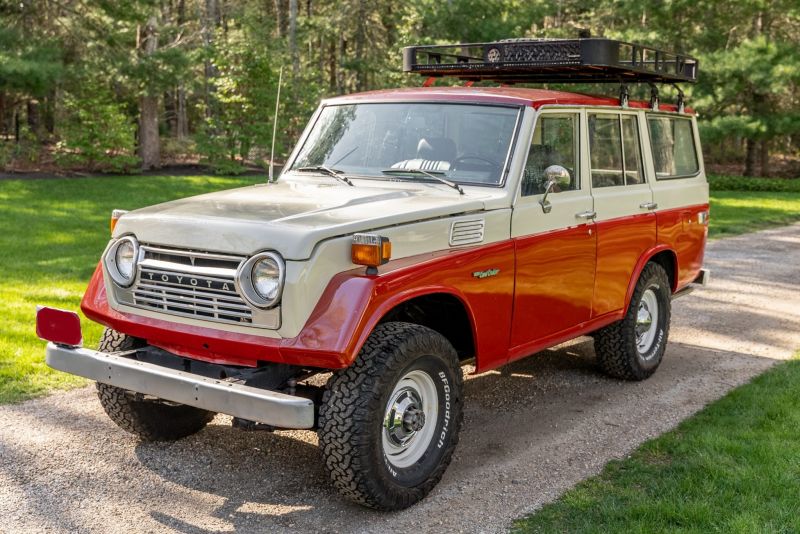 Please contact me only at : Louhatt@gmx.us 1977 Toyota Land Cruiser FJ55 is finished in red and white over black vinyl and is equipped with four-wheel
disc brakes, a safari rack, front and rear heaters, a CD stereo, and a
power-operated tailgate window. Power is provided by a 4.2-liter inline-six
mated to a four-speed manual transmission with a dual-range transfer case. The
fluids were changed in fall and other service within the past six months
included the installation of a stainless-steel exhaust system and a rebuild of
the rear window motor.