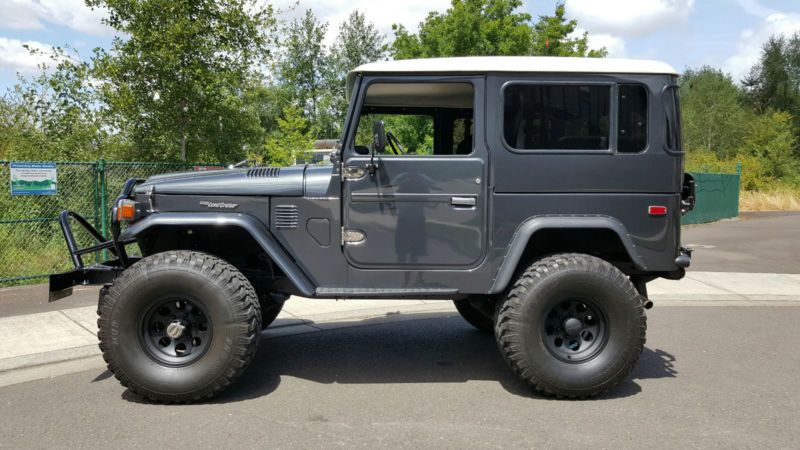 1977 Toyota FJ40 Landcruiser
4x4
Restored
65K miles!!!
Stereo
Lift
Wheels
Tires
Factory inline 6 Cyl Motor - VERY STRONG
4Speed
4x4
Newer tires
Very strong running and all fluids recently changed
The whole history of this FJ is known and started in Arizona and was
owned by one family until I purchased it. They completed most of the restoration and I finished up some of the
details. It is very clean and you will probably not find another this nice unless you spend $45K on the ones that
go through MECUM auction. Comes with soft doors and piles of parts. Most every bolt was replaced with new and kept
all the old bolts, hinges (painted), emblems, etc... Please email me for more details.