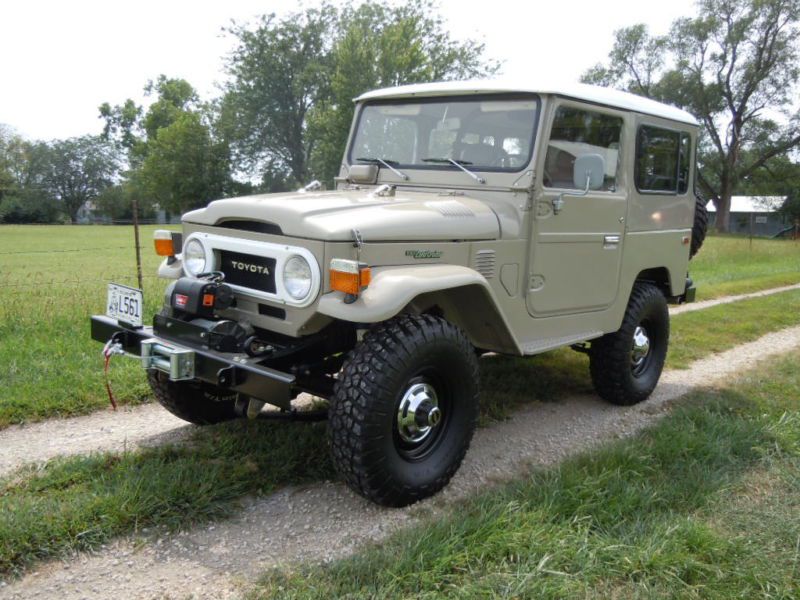 Beautifully restored FJ40 For Sale. The whole body was taken down to bare metal and everything repainted and restored. Very stock condition, the pictures speak for themselves. It drives excellent with a new Vintage Air cold A/C system! The Warn 8274 Winch is brand new as well and never used($2200.00)