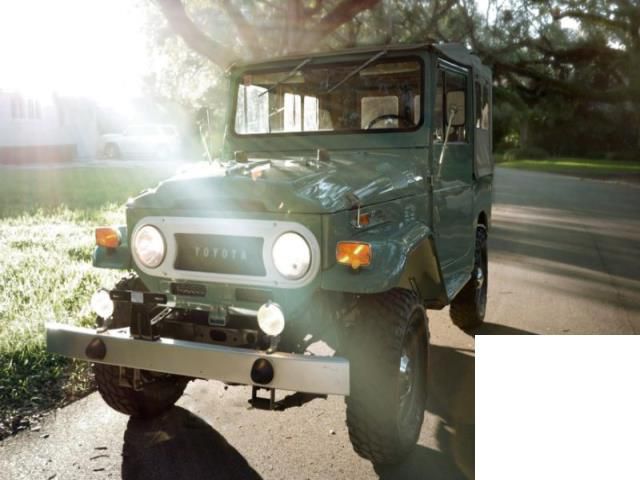 Email me at : i.longton@aol.com AMAZING FJ40 FULLY RESTORED!!! This 1970 Toyota FJ40 features a complete frame off restoration professionally performed by technicians and mechanics with plenty of experience on this rare model. From the engine to the upholstery andall the way to the tiniest switch, attention to detail was a constant through outthe process to achieve this remarkable 4X4. This iconic model has zero miles since restored and its ready to hit the road again. Body on this model was stripped to the bare metal and repainted using its original color from factoryto guarantee model accuracy and remove any rust there may have been on the car.This vehicle features its original Type F engine professionally restored andr ebuilt. The engine has been sand blasted and painted with electrostatic coatingto ensure durability. All components of the engine have been either rebuilt or replaced completely using OEM parts only. see bullet points below for moreinfo!!