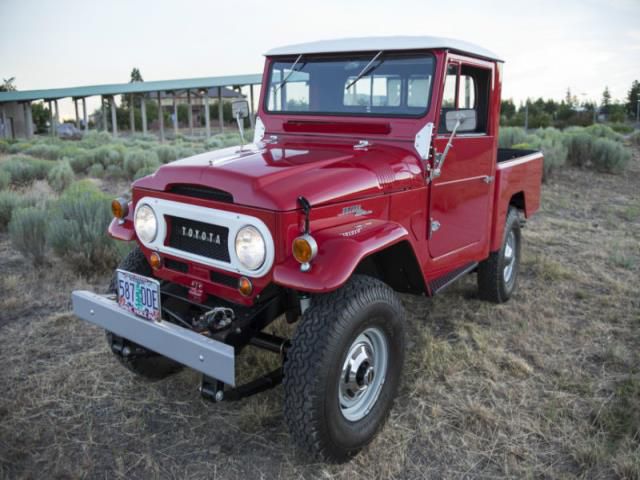 1964 Toyota Land Cruiser Fj45 Truck That Has Been Rotisserie Restored To The Highest Level. The Truck Has Less Then 20 Miles On It Since Being Restored At A Overall Cost Of 109,000. Most Frame And Chassis Parts Are Powder Coated To Keep Them Looking Good Long Term. Every Part On The Truck Was Restored, Rebuilt Replaced, Touched Or Addressed To Insure That The Fj Would Reach The Highest Level Of Detail. While The Truck Retains Much Of Its Original Parts We Did Upgrade Some Items For The Sake Of Drivability And Dependability.