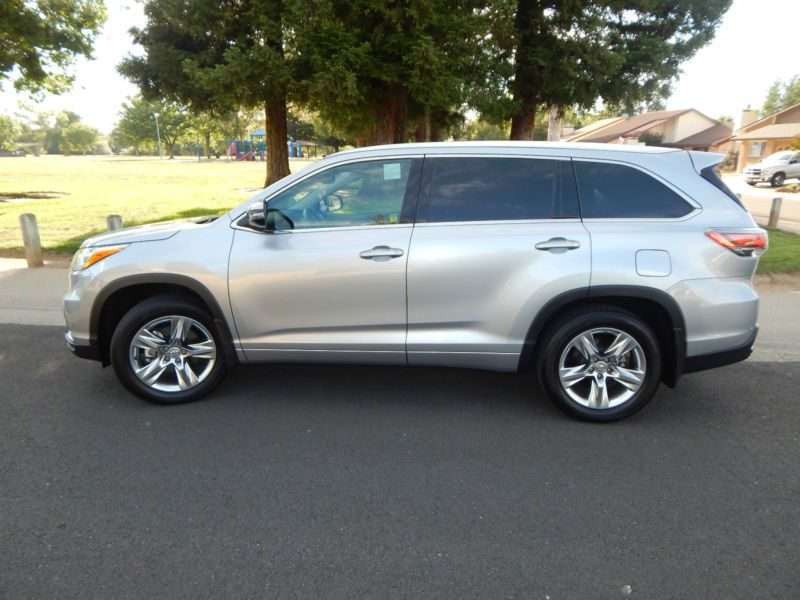 2014 Toyota Highlander Limited AWDSUV 3.5L, NAV CD, Power
heated and ventelated seats.
Check out this gently-used 2014 Toyota Highlander limited AWD for sale. This
well-kept Toyota Highlander is for sale by the original owner. Gone are the days
of SUVs being the size of a tank and handling like one. This Toyota Highlander
is a perfect example of how SUVs have evolved into vehicles that are as refined
as they are rugged. Comfort. Performance. Safety. Enjoy all three with this
well-appointed limited AWD 2014 Toyota. Previous service records are included,
making this Highlander extra special. This wonderfully maintained Toyota
Highlander is in the top ranks of its class when it comes to cleanliness and
condition. This Highlander has a premium entertainment package that will keep
your passengers entertained with superb enjoyment. Feel confident in your
decision to buy this Toyota Highlander as it's covered under the manufacturer's
warranty. Fast? That doesn't even begin to describe it. Get behind the wheel and
take it for a spin to see just what we mean. Added comfort with contemporary
style, leather interior to heighten the quality and craftsmanship of this Toyota
Highlander. Put away your phone and focus on the road, your new vehicle has both
Bluetooth & navigation. The tires on this vehicle has lots of live in them. The
2014 Toyota Highlander limited AWD is an especially rare vehicle. So rare that
you've probably never experienced anything else like it. More information about
this 2014 Toyota Highlander: The Toyota Highlander is a mid-sized near-luxury
crossover competing in a crowded segment where just about every major auto
manufacturer has a hat in the ring. Toyota knows that for their entry to be
successful, they'll have to offer lots of technology and convenience at the
right price, to go along with their solid reputation for reliability.