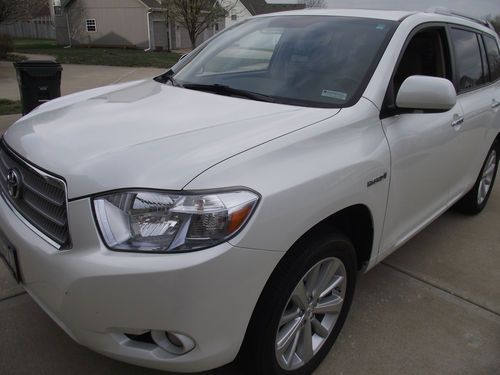 Second owner non-smoking very meticulous owner that no longer has a need for a 4th vehicle. This Toyota Highlander Hybrid Limited AWD (all wheel drive) SVU is in excellant condition. It has every option, except DVD player. The Limited has extra insulation and special suspension for a quiet comfortable ride that will not disappoint anyone. It gets 24 to 32 MPG in the economy mode, and the normal mode is fast. The best of all worlds.