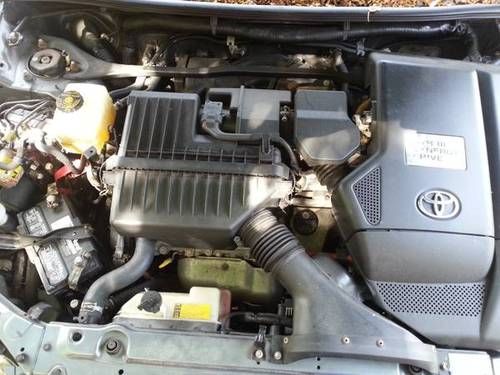 Condition: UsedA vehicle is considered used if it has been registered and issued a title. Used vehicles have had at least one previous owner. The condition of the exterior, interior and engine can vary depending on the vehicle's history. See the seller's listing for full details and description of any imperfections.Seller Notes:"The car is very good condition. front seats has some stains. the engine is in excellent condition. The DC voltage is fluctuating. I think it is because of wiring. The dealer wanted to replace the inverter. I decided to do it only in case of failure. I had the car for two years with no problem."

For sale is Highlander Hybrid 2007 with clean title. I am the second owner and the car has no accident. It has 142100 miles on it. It was maintained in Toyota dealers. The car is clean and has been a great car for me. mpg is 28 city / 25 highway sometimes I got 30 MPG. The KBB price is $10,070, I am asking $7999 or best offer.Email me if you are interested. New time belt,rear rotors,rear brakes, water pump, and battery.Clean carfax. I have the detailed carfax report.I bought a new car and need to sell this one.