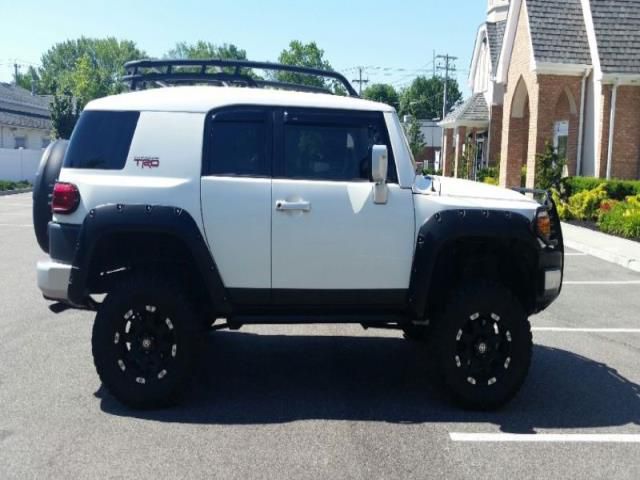 This is a beautiful TRD edition Fj Cruiser.It has a 6 inch suspension lift, sitting on Nitto grappler trailblazer MT tires ,with black American racing rims, bushwhacker fender flares, hard case spare tire cover with back up camera with screen in rearview mirror. Front crash bars .front fog lights rear signal lens crash covers and roof rack .power windows,power door locks,alarm,air rain guards,this truck is tough and turns heads! You must arrange to pick it up or hire a service to pick it up.i will not be responsible for hiring a service.you are also welcome to see it in person before you bid! Good luck!
Email me at : juliansandra1ck@manlymail.net