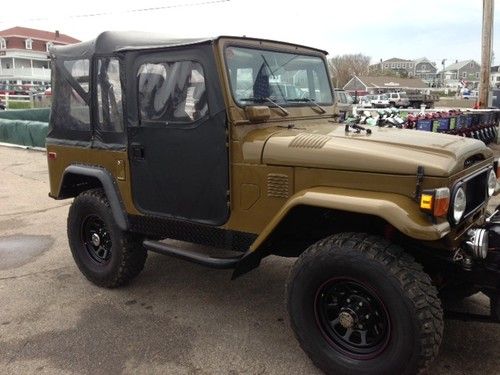 Up for sale 1977 FJA 40 This FJ is in good condition very little rust throughout, paint job is great, The engine is a 350  it runs Strong, I have this at a very low reserve,For more information you Can contact me at area code 954-270-4731 happy bidding.