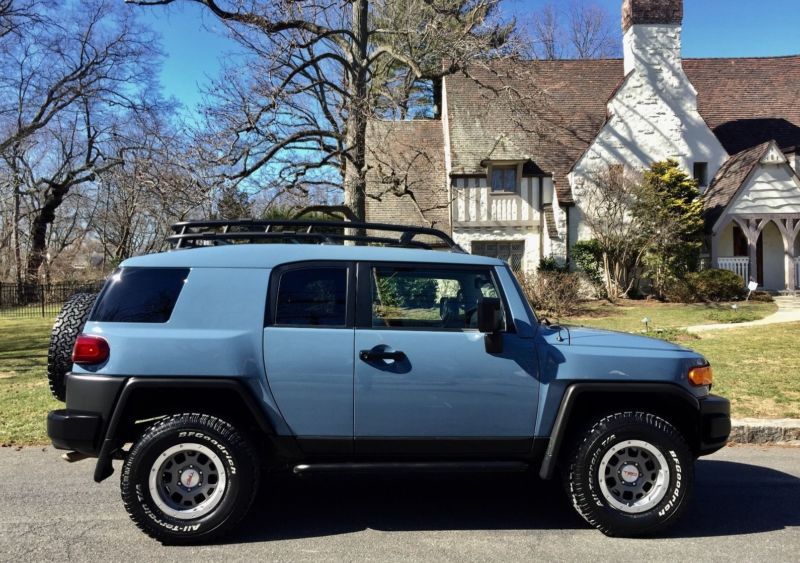 Please message me with questions at: herlindahssillman@ipswichfans.com .

ULTIMATE EDITION (TRAIL TEAMS) of 2500!
This was the last year or Toyota FJ production.
-ONE OWNER
-Clean CARFAX
-Clean TITLE
-Fully maintained.
Before you ask: I DO HAVE THE ORIGINAL WHITE FRONT GRILL (it will come with it). My wife preferred black though,
therefore it is what it is... The black one is also a Trail Teams TOYOTA ORIGINAL grill.
NON-MODIFIED!
If you are looking at this vehicle you probably already know about this car.
Toyota finished the production with a BANG! Not only is it equipped with a FACTORY BILLSTEIN SUSPENSION, TRD
springs, one inch higher suspension when compared to previous models (in front) to make it look better (see
pictures), TRD tuned suspension, interior decals and two tone seat colors etc... but they painted using their
heritage blue color.