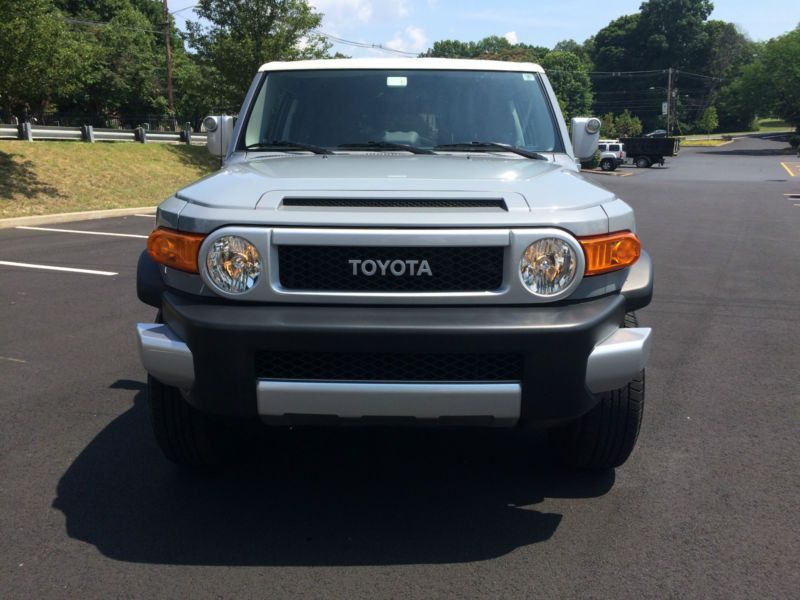 I recently took the redesigned 2014 Toyota 4Runner for a muddy romp in Pennsylvania. While the mechanical bits and pieces beneath the body-on-frame SUV trudge forward into the new model year with very few tweaks, the truck "receives a rugged new exterior design and interior refinements that add comfort and convenience without sacrificing its hallmark performance capability and excellent value," says the automaker.
A quick visual scan of the 4Runner reveals a new front end with a more "aggressive" and "muscular" appearance (yes, I'm quoting Toyota) that includes new headlights, grille and hood scoop. A roof rack is now standard across all trims, too. While SR5 and Trail grades have a bland color-keyed grille insert that gives the face a monochromatic appearance, the range-topping Limited (shown above and in our gallery) snarls with a silver-plated chin that gives it a bit more character.
New soft-touch surfaces within the cabin provide a more upscale environment and a bright new Optitron instrument panel improves readability and functionality. As before, the SR5 and Trail models arrive with fabric upholstery or optional Softex seats (synthetic leather). Genuine hides are reserved for the Limited trim, which is also fitted with Toyota's unique X-REAS (X-Relative Absorber System) automatic suspension system as standard equipment.