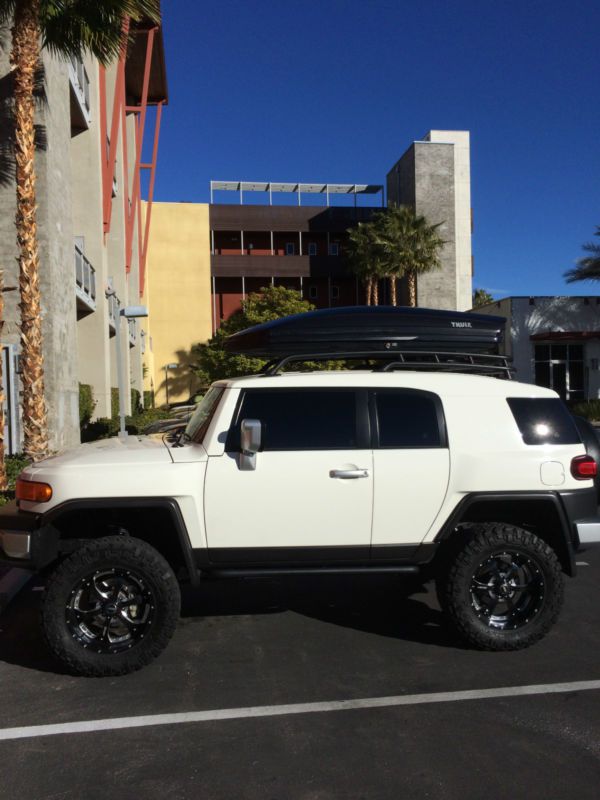 ANY QUESTIONS JUST EMAIL ME: amosattimenez@manufans.com . Up for auction is my 2012 FJ Cruiser.  Truck is in excellent shape inside
and outside as well as underneath.   6" Procomp lift, 20" BMF Novakane Wheels,
35" Nitto Trail Grappler Tires (50% tread left), Upgraded Airaid Intake,
Re-geared with Nitro Gears (4:56 ratio) by Dan's Driveline here in Las Vegas.
I also have the factory Toyota gears which are included in sale.  The truck
can do 80-85 on the highway without overwinding the tach.  Pioneer Avic NEX
8000 Touchscreen Head Unit.  This truck is super clean and has been cared for
meticulously.  Mostly used for road trips to ski in winter and some light off
road camping trips as well as daily driver.  Truck has 27,650 miles.  Roughly
8,000 miles per year since new.  If you are looking for a clean, fun, truck
that is a head turner this is the one for youRegarding the THULE gear loft that is pictured, this IS NOT included with
the sale of the truck.  If you are interested in that we can negotiate that
separately.
Feel free to email me with any other questions.