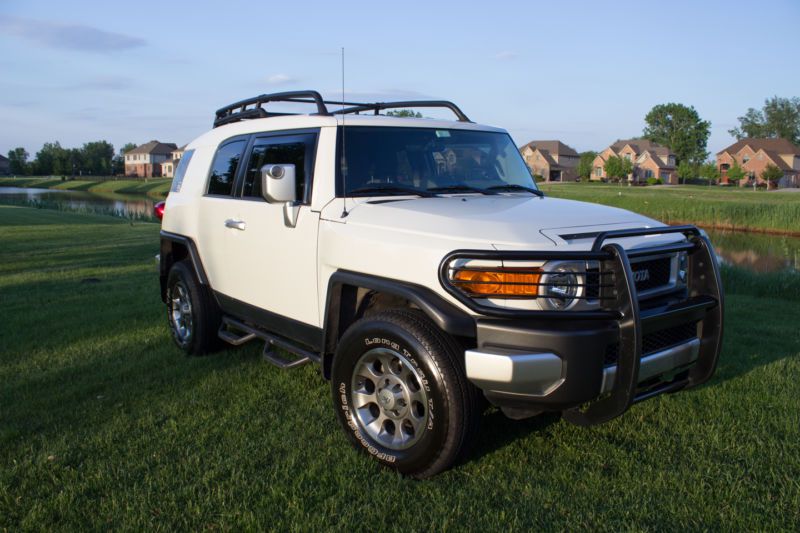 Up for sale is my 2011 Toyota FJ Cruiser. The truck is in absolutely perfect condition both in and out. Always
garage stored with all maintenance records to show. Brand new tires as of last summer (with less than roughly 2k
miles on them). Custom professionally installed sunroof (I have never seen another FJ with this and it is awesome
to have). Full running boards, trailer hitch, and front bull bar. Black interior with Bluetooth stereo, cloth
floor mats, cruise control, back-up camera in the rearview mirror, and power locks/windows. Keyless entry, wind
deflectors, tinted windows, rear tire hard cover, and rear trailer hitch step.