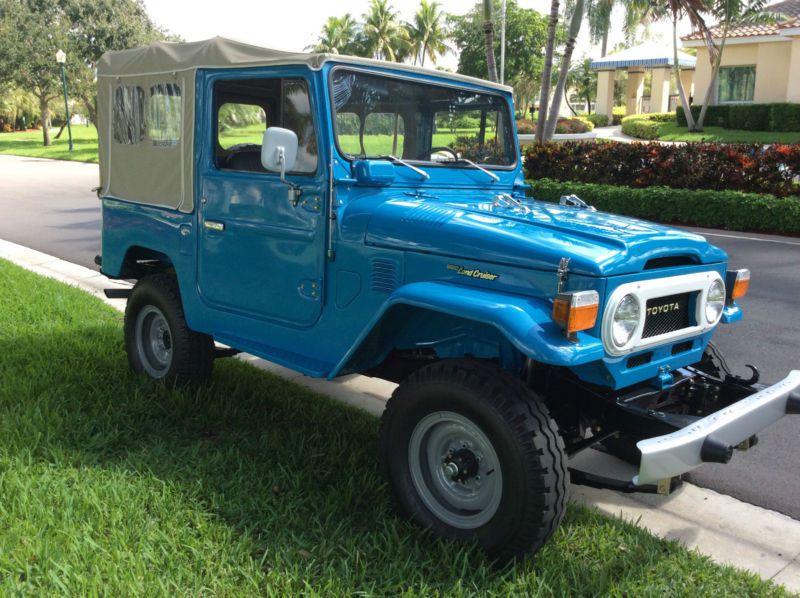 E-Mail Questions at: luvenialwwhittenburg@magpiefans.com . The Land Cruiser is presented stunningly in its original sky blue color, and finished off with a reproduction soft top, offering a multitude of enjoyment possibilities. It has received a comprehensive, factory-correct restoration to original specifications by the marque specialists at The Toyocruiser Corp and their expert work is readily apparent upon close inspection.

This nut-and-bolt job included rebuilding of the engine, transmission, and transfer case, while the body was media blasted prior to paint and other systems and parts reconditioned as needed.