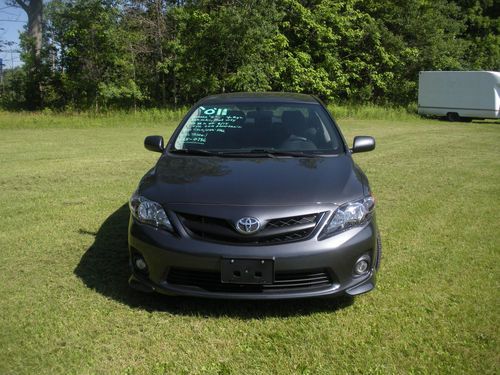 Condition: UsedA vehicle is considered used if it has been registered and issued a title. Used vehicles have had at least one previous owner. The condition of the exterior, interior and engine can vary depending on the vehicle's history. See the seller's listing for full details and description of any imperfections.Seller Notes:"This vehicle was a former Hertz rental car. It was bought at Manhiem Auto Auction, at time as sell vehicle had no keys and therefore had no readable mileage. Keys made at Toyota dealership and mileage verified at 23,000 by dealer. Vehicle has a factory warranty still valid until 6/2014. Nice car with clean title and good carfax. Vehicle is avaible for test drives. Please call with any questions (315) 525-0736"

This vehicle was a former Hertz rental car. It was bought at Manhiem Auto Auction, at time of sale vehicle had no keys and therefore had no readable mileage. Keys made at Toyota dealership and mileage verified at 23,000 by dealer. Vehicle has a factory warranty still valid until 6/2014. Nice car with clean title and good carfax. Vehicle is available for test drives. Please call with any questions (315) 525-0736