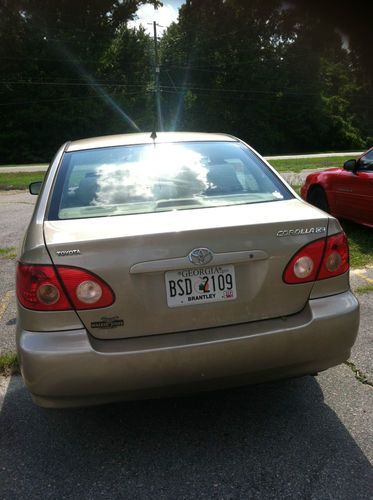 I am selling my 2006 Toyota Corolla AS-IS, mostly highway miles the car is in good condition with only minor flaws. there are a few marks on the seats and a burn hold in the drivers seat both there when I bought the car. It is an excellent gas saver with 35 miles to the gallon.