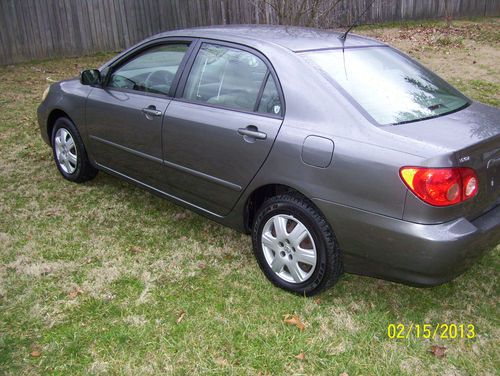 This is a nice Car and a buy for someone
If ya need a good dependable car for a good price this is a buy for ya!
DOES HAVE SOME HAIL DAMAGE
Clean Tennessee Title
35 MPG, Rated as much as 40 Mpg
4 Cylinder
Automatic
LE Package
Only 113,000 Miles
Power Windows&Door Locks
Tilt
Cruise
Fully Loaded
Good heat&Cold Air
Brand new Goodyear Tires!
Runs Perfect, No Flaws! TAXES APPLY TO FINAL BID FOLKS!

We reserve the right to end the auction early because it is for sale on our lot locally, car does run 100 percent, and is ready for the auction