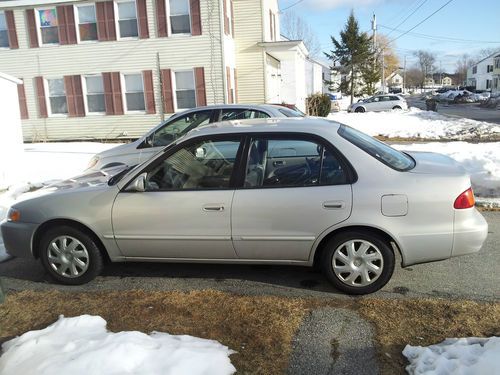 For sale:2001 Toyota Corolla 175,460 milesLocation: South Portland, MaineIt has a new exhaust system that was installed in July of last year.The interior is in great condition, was just cleaned.New stereo is included if paid with buy it now.There is one small crack/welt on the windshield that has not increased in size, since it has been there.There are a few dinks and scratches around the car.There is a small oil leak.There is almost NO rust underneath. This car was used half in Virginia and half in Kansas, so it has not suffered from rust.Emissions are good til July.

I only accept CASH.
NOTE - I have this car also listed on Craigslist. I have the right to end this auction at any given time.