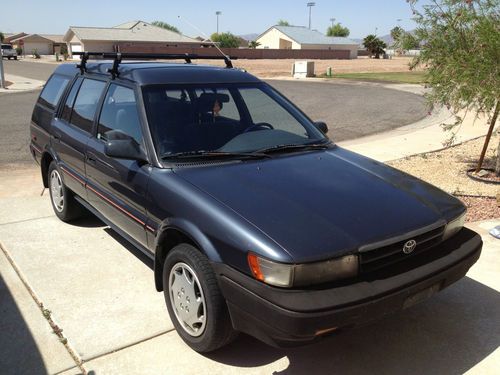 1992 Toyota Corolla All Trac Wagon, Runs Great, Always maintained, Timing Belt done at 114,000, Adult owned, clean non smoker, no pets. All interior is in good condition. Minor scrape on driver's side rear can be seen in photo. I would be comfortable driving this vehicle across the country right now. Also included is a Yakima rack as seen in photo.