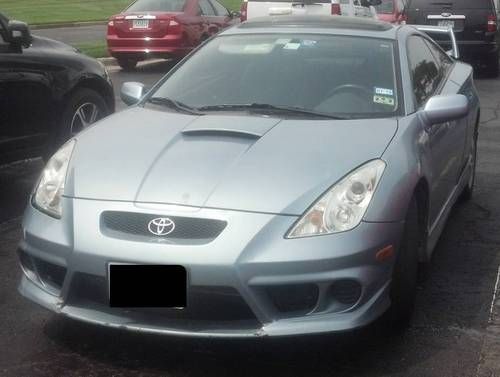 For sale by owner:

Clean carfax record (preview provided in my photos, will give full report to buyer)

Quirks (because all cars have them):
- The driver's side door actuator motor needs to be replaced in order for the remote and power buttons to lock/unlock the driver's door. Right now the driver's door locks/unlocks only with the key. All other doors work normally. This should not be an expensive repair, and is potentially a DIY project.
- The person who owned the car before me didn't want to pay to fix a broken clockspring in the steering column, which was causing the horn not to work, so they re-wired the horn to sound from a button on the side of the steering wheel. After I bought the car, I had the broken part in the steering column replaced, but a mechanic still needs to re-wire the horn back to the steering wheel for normal usage. In case this is confusing: the horn works, but you have to press a button, not press the center of the steering wheel.
- There are some chips in the paint on the front bumper and some minor (nearly invisible) scratches on the passenger side of the car. There are no dents and no rust.
- Celicas have a rear windshield wiper with its own windshield wiper fluid, however the fluid is not coming out for the rear windshield. The hose possibly needs to be replaced? The fluid works perfectly for the front windshield, and all wipers work normally.

This is, to the best of my knowledge, a full report of the car. I have not had any problems with the transmission grinding. I believe that I had the clutch replaced last year, I will have to search thru my paperwork to verify that. The brakes and tires are in satisfactory condition. The timing belt has been recently replaced (verified by carfax report).

I am selling this car because we're expecting a child, and I need to upgrade to a larger vehicle. If it weren't for that, I would not get rid of the car because it has been very reliable for me and is in good overall condition.

Kelley Blue Book for this car in current condition is $5500. I am asking $6000, which will include the complete aftermarket sound system. I will also accept $5500, but for that price I will take the aftermarket amp, subwoofer, CD/DVD/GPS/bluetooth unit out of the car, and you will need to purchase your own radio. I will leave the speakers and the standard amp that is built into the car.

Please email me if you understand the description I have provided, the price I am asking, and are interested in viewing the car. Cash only, no trades. Car is in the Kansas City area. You must come pick up the car. I will not ship it. I will post more pictures when I have time.