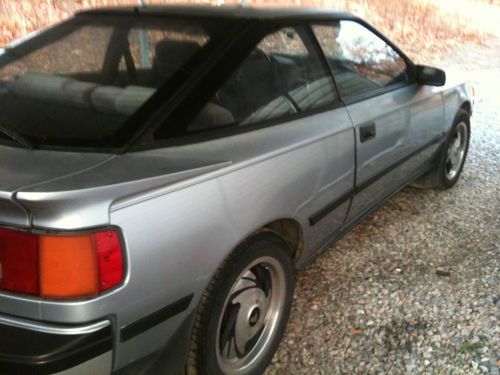 all original female owned daily driver,if you do a search you will find very few of these nationally.they drive like a 944 porche if you have had that experience,tough to keep under speed limit.has the common for the era dash cracks,ac needs compressor,(got one that goes with it).everything else aok,wouldnt be afraid to head to california in it.motor and 5 speed drivetrain good shape,nice set of aftermarket wheels(15 inch).also will be on craigslist until last day of auction,will not cancel in last 24 hrs.