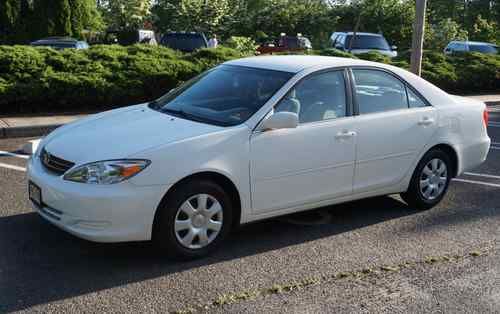 Up for bid is a 2002 Toyota Camry with 104,000 miles. Car has clear car fax and fairly new tires. It has always been kept up to date with oil changes every 3,000 miles. Car has never been in an accident and has minor dings from just normal driving. Car is in overall good condition and has never had any problems. Car drives smooth at all points on the speedometer. Smoke-free vehicle. Interior has been maintained very well and have always used all weather liners for mats. Feel free to message me for additional details or to schedule appointment to see vehicle.