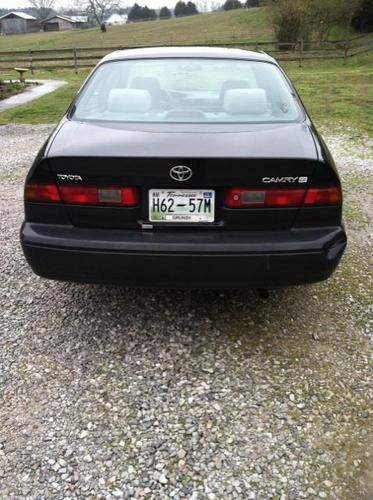 WELL NOT MUCH LEFT TO SAY OTHER THAN SOMEONE BACKED UP INTO THE DRIVER SIDE FRONT CORNER SO I BOUGHT NEW HOOD, FRONT BUMPER AND HEADLIGHT. I INSTALLED THE HOOD AND HEADLIGHT BUT NOT THE FRONT BUMPER YET. EVERYTHING WORKS AS IT SHOULD. COLD A/C HOT HEAT RADIO AND CD PLAYER WORKS. RECENT OIL CHANGE. WONT FIND ANOTHER THIS YEAR WITH THIS LOW OF MILES!!! I DO HAVE VEHICLE UP FOR SALE LOCALLY SO I DO RESERVE THE RIGHT TO END AUCTION IF SOMEONE BUYS. IF YOU HAVE ANY QUESTIONS  PLEASE FEEL FREE TO CALL OR TEXT 423-693-4659. IF THE PRICE GOES ABOVE $3200 I WILL GIVE THE BUYER A BRAND NEW SET OF FENDERS AND A BRAND NEW RADIATOR CORE SUPPORT THAT I BOUGHT JUST INCASE IT NEEDED ONE WHEN I PULLED HEADLIGHT OUT AND HOOD OFF.