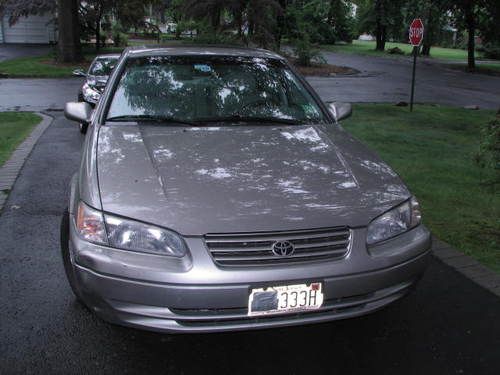 Condition: UsedA vehicle is considered used if it has been registered and issued a title. Used vehicles have had at least one previous owner. The condition of the exterior, interior and engine can vary depending on the vehicle's history. See the seller's listing for full details and description of any imperfections.Seller Notes:"dent on driver's side front door, dent on left front bumper, left read door actuator does not work (door opens manually)"

15 years old with 211000+ miles and still going strong and running well. Yes, there are the dings and scratches that you would expect on a vehicle of this vintage. The left front door has a dent. There is a dent in the right front bumper. Tires have meat left on them. Brakes are good. The left rear door lock actuator does not work: door must be locked manually. No leaks from the sunroof. Windshield free of cracks. Headlamp bulbs have been upgraded. Engine and transmission run and operate extremely well. Battery is in good shape.

TERMS OF SALE: 10% to be paid within 48 hours of close of auction. Balance to be paid by bank check, cash or certified check up which title will be sent via FEDEX to buyer so that license plates can be obtained and pickup arranged for.

NO GUARANTEE EXPRESSED OR IMPLIED.