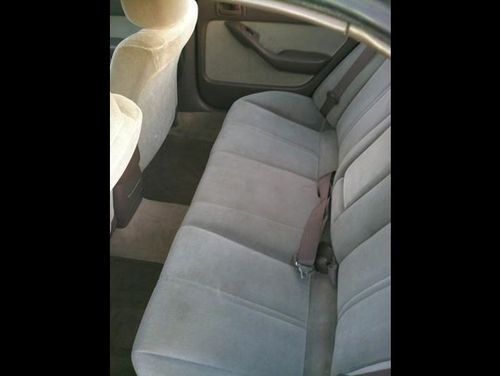 Condition: UsedA vehicle is considered used if it has been registered and issued a title. Used vehicles have had at least one previous owner. The condition of the exterior, interior and engine can vary depending on the vehicle's history. See the seller's listing for full details and description of any imperfections.Seller Notes:"Fading paint on spots of the car. Front driver side tire shakes a little. No reverse lights. The door handles are broken but still accessible, a little speaker cover is off that just needs glued back on and the driver door lock button locks but won't unlock."
I am selling a 1993 Toyota Camry for $1,300/OBO. It may not look all that good but it runs like a champ for having so many miles on it; still has some great life left in it...great car for a student.
I am the second owner and the elderly couple, that purchased it in 1993, used the vehicle for everyday driving and road trips. They meticulously ensured all regular maintenance was performed.  It still gets really good gas mileage on the freeway and in town. About 18 to 20 in town and 28 to 32 on the freeway.
The car runs great; transmission and engine are flawless...but the drive is a little shaky due to the front tire (I'm thinking possible alignment problem). Some minor problems but simply needs a little TLC for someone who has the time and inclination.
I have a clean title on hand.  Drop me a note if you have questions.