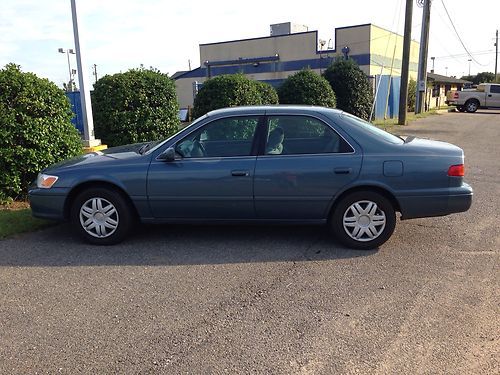 Condition: UsedA vehicle is considered used if it has been registered and issued a title. Used vehicles have had at least one previous owner. The condition of the exterior, interior and engine can vary depending on the vehicle's history. See the seller's listing for full details and description of any imperfections.Seller Notes:"The check engine light is on only because of a memory code. Other than that everything works fine."

It is a 2000 Toyota Camry.  In great condition.  Drives really well.  I drive it back and forth to work everyday.  Great car if you are commuting.  Gets great gas mileage.