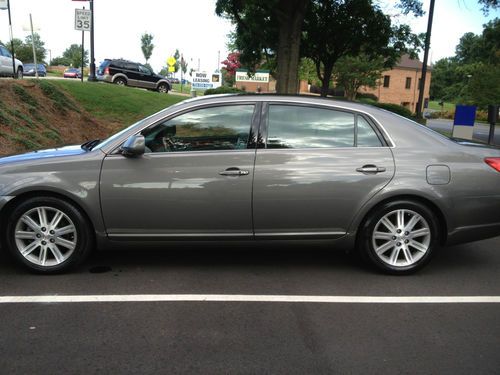 Condition: UsedA vehicle is considered used if it has been registered and issued a title. Used vehicles have had at least one previous owner. The condition of the exterior, interior and engine can vary depending on the vehicle's history. See the seller's listing for full details and description of any imperfections.Seller Notes:"Car is in flawless condition for the age and miles of car. Car is a one owner no accident clear title. Car has been garage kept for life of vehicle. Even during working hours kept in a parking garage. Dont let the miles fool you, 75% of the mileage were interstate commute to and from work. Car has been meticulously maintained and serviced 5000 miles. Brand new michelin tires were added approx. 5000 miles miles ago and were just balanced and rotated."

For sale is a 2006 toyota avalon limited.  This is a one owner car, we are original owners and it was my wifes car.  Car has always been maintaind in like new condition.  Regular wash/wax and all service and manufacturer recommended service by mileage.  Car is fully loaded all power.  Air conditioning works perfectly now issues on car mechanically or aesthetcially.  Bid with confidence.