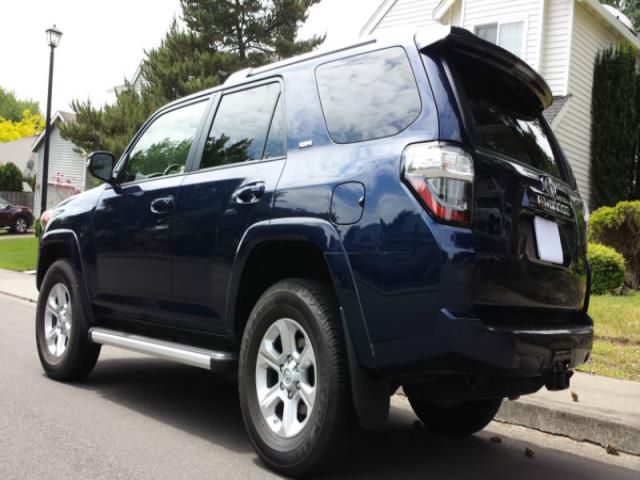 CARFAX history. 1 owner (with no children and no pets). Garage kept. Equipped with 2-ways power sunroof/moonroof. Rear view camera. Built-in Navigation system. Optional Step Runners installed. WeatherTech DigitalFit mats installed all-around, including cargo area which is flat, because it does not have third row seating, allowing for more cargo space and easier loading. It has a factory installed hitch. REMAINING OF THE FACTORY WARRANTY OF 36,000 MILES/3 YRS BASIC, AND THE REMAINING OF THE 60,000/5 YRS POWER TRAIN WARRANTY WILL REMAIN IN PLACE AND WILL TRANSFER TO THE NEW OWNER. Additionally, I will take the 4Runner to the Toyota dealership for oil change and basic visual and computer inspection and provide the results to the new owner.