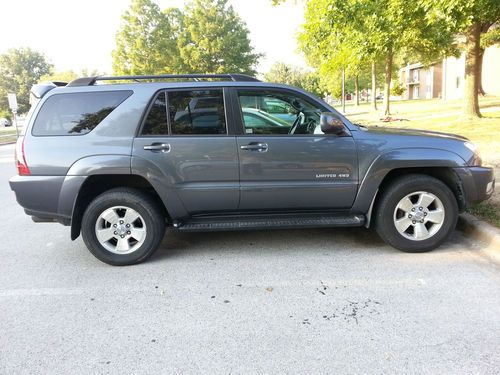 I am selling my car, which is a Gray 2005 Toyota 4Runner 4WD Limited V6 with rare third seat. This car is in excellent condition, inside and out. Clean no-accident carfax. Leather and heated seats. Has a third row seat. Battery and brakes were replaced recently. Tires are in excellent condition. Please let me know if you have any questions.