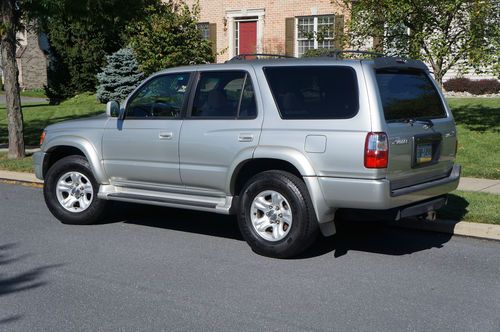 I am selling my 2001 Toyota 4Runner which I have owned and loved for 10 years.  It was purchased as a certified car from a Toyota Dealership.  The condition is excellent inside and out.  Not a single dent or ding.  It has a few normal stone chips and scuffs, but that is it.  Mechanically runs great and everything works including the A/C.  It has never been in an accident or smoked in.  I have properly maintained it and babied it.  No off road use or abuse.  The towing works perfect and was only used once to tow a small garden tractor.  Comes with the original owners manuals, 2 remotes, and 2 keys.  If you have been looking for a very nice low mileage classic 4runner this is the one.  Please give me a call at (610)737-5411 to check it out.