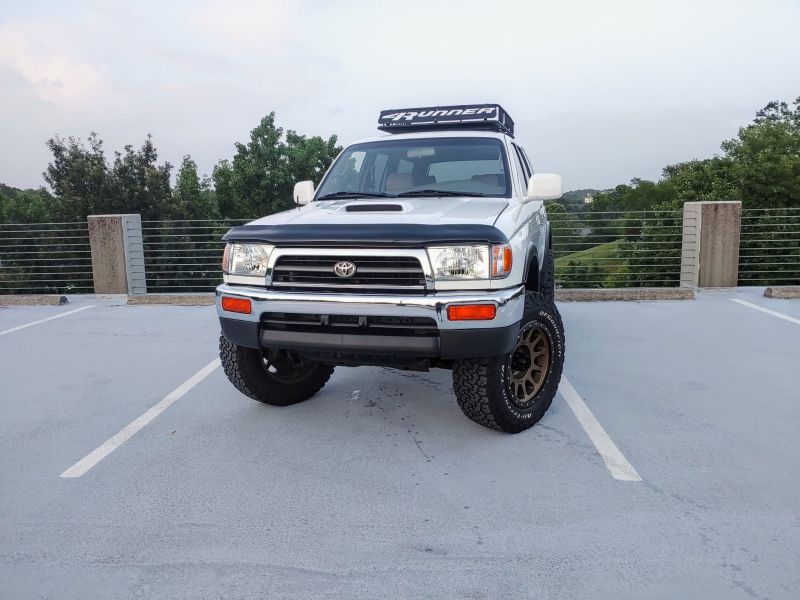 For more details eMail me : hmoinseybresones@gmail.com 1996 Toyota 4Runner is finished in Natural White over an Oak cloth interior, and power is supplied by a 3.4-liter V6 mated to a four-speed automatic transmission and a dual-range transfer case. . Modifications include a cargo basket, a hood scoop, 18" Method NV wheels, and a Toytec 3" suspension lift. Recent work have include servicing the brakes and replacing the tie rods, spark plugs, valve covergaskets, and steering rack bushings.