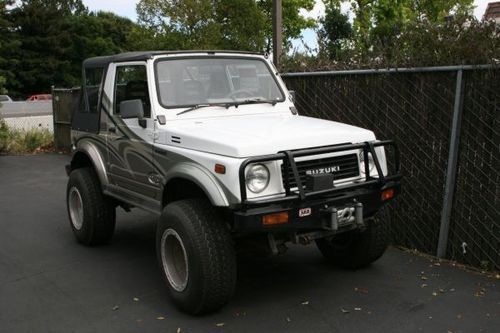 1988 Suzuki Samurai for sale 4x4 , 5 speed trans very nice over size tires , 8000 lb winch. Tow bar,very clean , was used as a tow behind a motor home.runs like new with new carb installed , registerd till 2014.Also has new top and is Great on GAS !!!!128k miles most from being towed.has new raido and comes with Garmin GPS ,