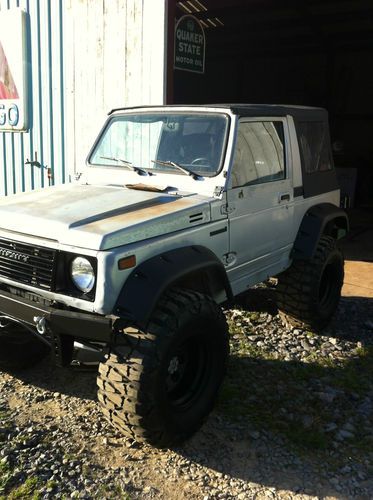 Up for auction is a 1988 suzuki samurai with the 1.6 tracker engine conversion. This vehicle came from arizona and is near rust free with the exception of very light surface rust on hood. Has new bush whacker flares brand new tires new seats and new top.I rhino lined the tub. Has a new fuel pump mounted under the frame . New custom bumpers front and rear.The sides where the rockers were is primer thats why its lighter. This vehicle has an r title but I cant not understand why. Its the nicest Ive seen in a long time. Can stay here as long as needed as long as its paid for in 7 days thanks