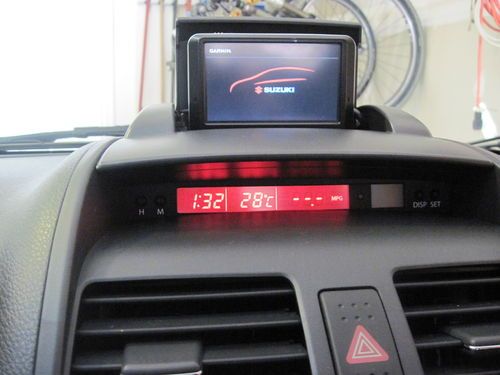 Condition: UsedA vehicle is considered used if it has been registered and issued a title. Used vehicles have had at least one previous owner. The condition of the exterior, interior and engine can vary depending on the vehicle's history. See the seller's listing for full details and description of any imperfections.Seller Notes:"2009 Suzuki SX4 sportIf you are looking for a nice, reliable and efficient car under $10,000 budget, this is your call. Selling by owner. $10,000, 80k + plus miles. This car is in very good condition, no stains, no scratches, never been wrecked. This is the highest version available, with on board computer, navigation, cruise control, stereo commands at the steering wheel. 17’ original wheels.ABS Brakes6 airbagsExternal TempMPG gaugePower windowsMP3, CDFog LightsClean Carfax.Car is in knightdale, you can contact me on my cell 919 268 3054. Juan"