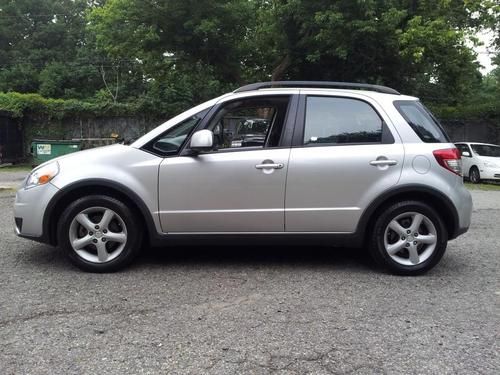 Condition: UsedA vehicle is considered used if it has been registered and issued a title. Used vehicles have had at least one previous owner. The condition of the exterior, interior and engine can vary depending on the vehicle's history. See the seller's listing for full details and description of any imperfections.Seller Notes:"VEHICLE HAS NEW YORK STATE MV907A SALVAGE CERTIFICATE."

This is the facelifted Suzuki SX4 that we won't get

The car you see above is, according to China Car Times, the facelifted Suzuki SX4 crossover. We've always had a soft spot for the SX4, so the fact that it's finally getting a significant update makes us a wee bit sad - after all, Suzuki just announced late last year that it's leaving the US market, so we'll never get this upgraded little 'ute on our shores.
Changes we can see include aggressively resculpted lighting units, interesting mold lines on the front bumper cap, redesigned air intakes and unique trim fillets on the doors.
At least we can take solace in the fact that there apparently aren't any significant alterations under the new bodywork, so our crop of used SX4s should be just as capable out on the road. In China, Suzuki's 1.6- and 1.8-liter four-cylinder engines are expected to carry over to the new year, along with the current model's CVT and manual drivelines.