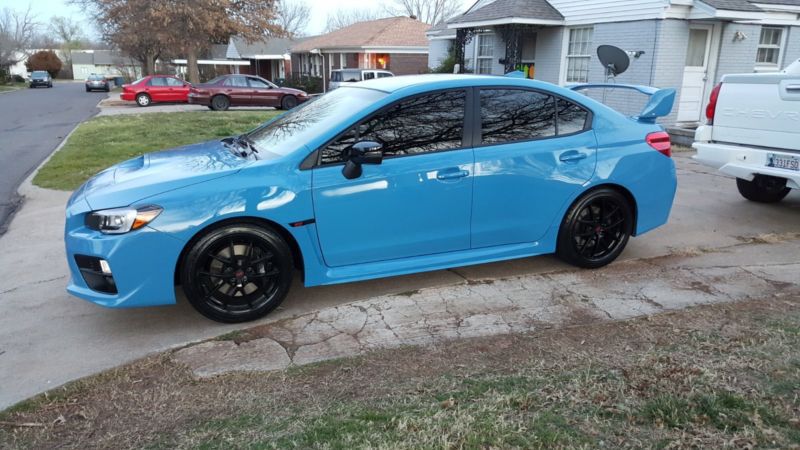 ** For sale by owner - vehicle is under Lien **
Features
~Limited Hyper Blue Edition 1/700 made
~Upgraded Sound system: Harmon Kardon
~7" Navigation system with back up camera
~Heated seats and side mirrors
~And much more!
Mechanical
~High-Performance Turbocharged 2.5L 4-cylinder
~6 speed manual transmission ~Dual Overhead Cam
~305 hp @ 6000 rpm
~290 lb-ft @ 4000 rpm
~Dual Active Valve Control System
Description
You are looking at a very rare and unique edition of the WRX STI. Only 700 of these were made and any of the ones
you find either have twice the mileage or have been modded heavily. This vehicle has only a 20% window tint, and
the rare dark subispeed sequential tail lights. It also has blue rallyarmour mudflaps.
The car was purchased on February 1st, 2016. Since purchase, it has had 2 oils changes. It has been garage kept and
adult maintained with no smoking or eating in the vehicle. The miles are all highway and it has never been used as
a daily driver.
Excellent condition mechanically and cosmetically.