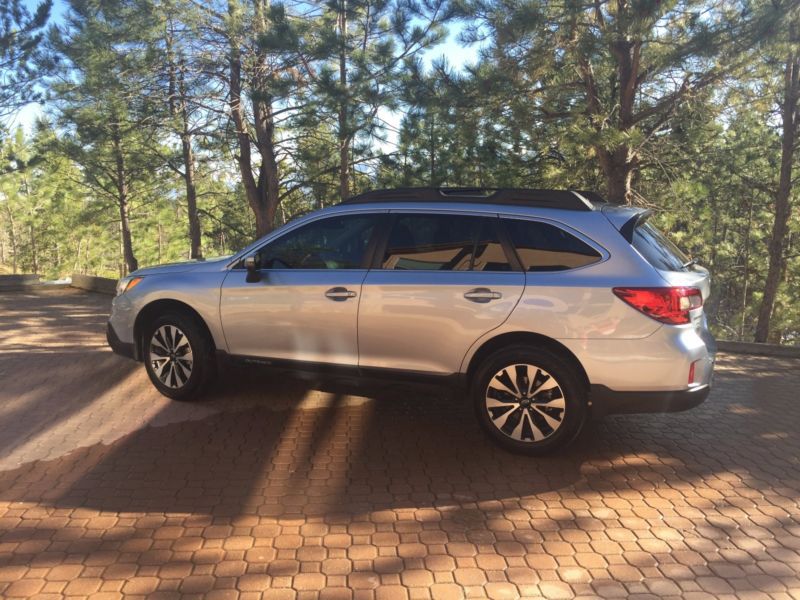 This is a great car! It's a commuter that has averaged 29 mpg on the highway ... even low 30's on road trips.
It's time to get something that holds more, which is the only reason we're parting ways. It has lots of nice
features: heated leather seats (front and back), NAV, Sirius, heated mirrors, rear-view camera, downhill assist,
cruise control, keyless entry and start, sunroof, blind spot indicator, power liftgate, power windows and locks,
bluetooth/handsfree, and dual temperature control.

Subaru has produced its four-millionth vehicle at its Lafayette, Indiana factory. The Deep Indigo Blue 2014 Outback is pictured above, alongside the very first Subaru to leave the Lafayette facility, a first-generation Legacy. Formally known as Subaru of Indiana Automotive, SIA opened its doors in 1989 and currently produces the Outback, Forester and Tribeca for Subaru, in addition to the Toyota Camry.
The plant, which was originally a joint venture between Subaru and Isuzu, has produced nine different models for four different manufacturers over the years, and is getting ready to add a tenth as Impreza production will be coming to SIA. Subaru announced plans to move Impreza production to Indiana when it made a $400-million investment in the facility earlier this year. As production continues, the Lafayette Journal-Courier reports that SIA will produce another million units by the end of 2017.