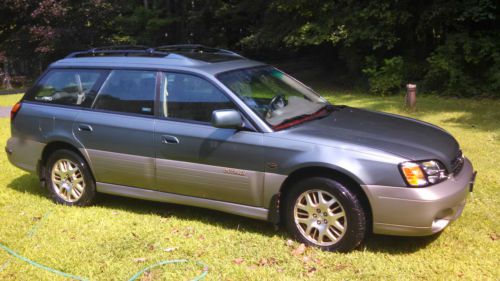 Subaru has done it again, setting a new four-wheel lap record around the 37.75-mile TT Mountain Course at the Isle of Man. Mark Higgins in a 2015 WRX STI rocketed through the country roads at an average speed of 116.40 miles per hour to circle the track in 19 minutes, 26 seconds, thereby beating his previous record of 19 minutes 56.7 seconds from 2011 in an STI.
According to Subaru, speeds during the lap ranged from as little as 30 mph to over 160 mph. The STI was mostly stock with the only major mechanical change being different springs and dampers to handle the course's famous bumps at such sustained high speeds. For safety, it also had a rollcage, racing harness, and fire suppression system.
"It was quite a lap we did today and I am really happy to have another record in the bank. The chassis of the new car is so much better it really allowed me to pick up time in each sector in the more technical parts of the course," said Higgins about the run in the Subaru.

A good partner makes sacrifices for a significant other. They aren't always fun, but sometimes chores have to be done. Subaru's European ad for its new WRX STI clearly understands that dynamic, as it shows what to what lengths a guy is willing to go in order to get his lady some bread in time for breakfast. Of course, running errands in a turbocharged, all-wheel-drive sports sedan down picturesque roads is hardly drudgery.
The wordless ad for the WRX STI says everything you could ever want to know about the winged blue Subaru. It expertly mixes some fantastic gravel rally footage with just a bit of inspiration from Ken Block's Gymkhana videos, as well. The automaker makes the right choice of actually letting the audience hear the growly exhaust and squealing tires over the music, too.
If this was your daily route to the bakery, you'd probably be prepared for a round of the World Rally Championship within a couple of months. Scroll down to watch the Subaru ad about a very polite WRX STI owner making sure breakfast is on the table.