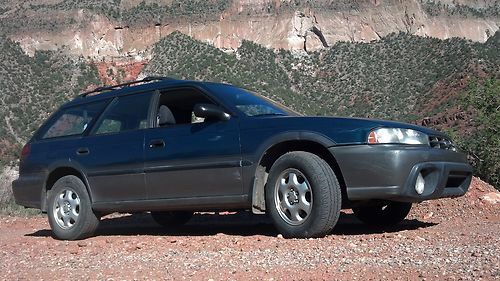 Condition: UsedA vehicle is considered used if it has been registered and issued a title. Used vehicles have had at least one previous owner. The condition of the exterior, interior and engine can vary depending on the vehicle's history. See the seller's listing for full details and description of any imperfections.Seller Notes:"This 1997 Automatic 4x4 Subaru Legacy Outback has a fairly new interior with minor scratches, and an exterior with a few scratches. Its a GREAT car it drives very well, with a few exceptions, the windshield is cracked, and its missing its drink holder"

This Subaru has a few scratches and dings on the exterior and a few minor scratches in the interior, the windshield is cracked, doesn't have a cup holder, but otherwise she runs GREAT. We are asking 2,950.00 obo.