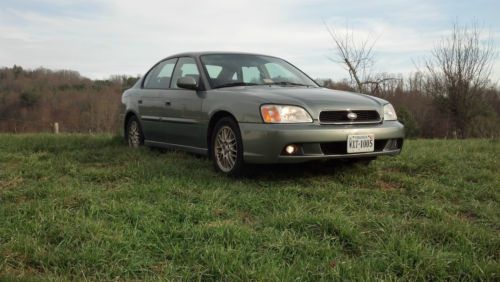 The National Highway Traffic Safety Administration announced a massive recall campaign today for some of the more popular Subaru models due to defective puddle lights that could short out and possibly lead to smoke and/or fire.
(*)While the recall notice lists a total of 633,842 Forester, Legacy, Outback and Tribeca models from various model years, Automotive News is reporting that there are only 53,999 units actually equipped with the defective lights, but Subaru is having to make the massive recall since it is unable identify which vehicles have the lights.
The problem with the 2009 through 2012 Forester, 2006 through 2012 Tribeca and the 2010 through 2011 Legacy and Outback is that the puddle lights mounted under the door mirrors can collect water or moisture, which can lead to the short. To fix the problem, Subaru is adding an extra fuse to the wiring harness as a part of the recall that will go into effect next month. For Forester owners, this is the second major recall in less than a year following the 275,000 units that were afflicted with faulty rear seatbelts.

The 2015 Subaru WRX is awesome. Really awesome. We told you as much in our first drive of the new sedan back in December. Honestly, our only complaint about Fuji Heavy's new performance machine is that it's no longer offered as a hatchback - the new WRX is a sedan-only affair, despite the more functional five-door variant accounting for some 50 percent of sales in the car's last generation.
But there's hope on the horizon, if a report from Australia's Motoring.com is to be believed. Speaking with Masuo Takatsu, Subaru's general manager for the WRX, the company is now re-considering putting the "hatch" back in its hot hatch.
"We have received strong interest from the US, where the hatchback was 50 percent (of previous-generation WRX sales), so we're now considering," Takatsu told Motoring, noting that the United States is Subaru's main target for this car. Additionally, Takatsu said the company's decision to only offer the sedan was the result of limited engineering resources, echoing statements we've previously heard from Subaru's US arm.