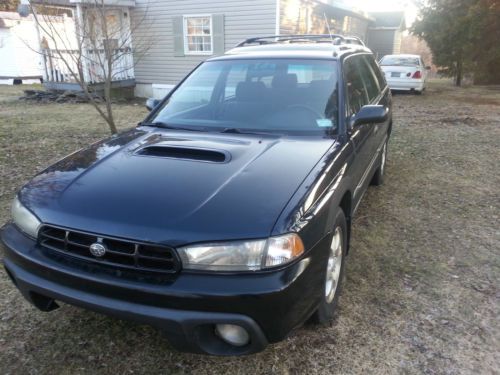 We feel safe in saying it's time for Subaru to step away from the keyboard for a spell. The company just unveiled this new WRX STI tS Type RA in Japan, and while the car features all sorts of tricks to help it stand out from the rest of the WRX rabble, it also boasts a name that looks like the product of a good old fashioned QWERTY Hulk smash. Nomenclature aside, this WRX STI features a revised suspension with tweaked springs and dampers as well as a faster steering ratio, Brembo brakes and a front strut tower brace.
JDM buyers can pick between the ever-sexy (if loud) Tangerine Orange Pearl paint seen here, Satin White Pearl or Blue Mica. There's also available NBR Challenge Package, complete with a set of Recaro front seats, a few carbon fiber aero bits and 18-inch BBS forged wheels wrapped in Bridgestone Potenza RE070 rubber. How's that for delicious?
Subaru is only planning to crank out 300 WRX STI tS Type RA units, two-thirds of which will carry the NBR goodies.

"As far as street-legal rally cars go, there's still nothing better than a WRX." I wrote that line following my first drive of the 2015 Subaru WRX late last year - one of the better motoring experiences I had in 2013. Sure, a particularly involving drive route helped, but I don't want to sell the new Subaru short: it's a seriously good car - easily one of the sharpest, best-driving little turbos available today.
When I drove the even hotter 2015 WRX STI in January, it was a similar love-fest. The STI is infused with all of the WRX's greatness, but it's sharper, meaner, and on good roads (and race tracks), the winged wonder is really outstanding. But because of its higher price tag, less forgiving suspension tuning, and only marginal performance increases, I'm convinced that the STI isn't the best WRX for the money. And much as I love it, I just don't think I'd ever buy the STI over its more sedate sister (though I totally understand why others might).
So when it came time to add a new long-term car to the Autoblog fleet, many votes were cast in favor of the WRX. There was a lot of debate about whether or not to get the standard version, or the mightier STI. But at the end of the day, my argument that the basic WRX is the better daily driver - nee, one of the best all-around, all-weather performers money can buy - carried the day.