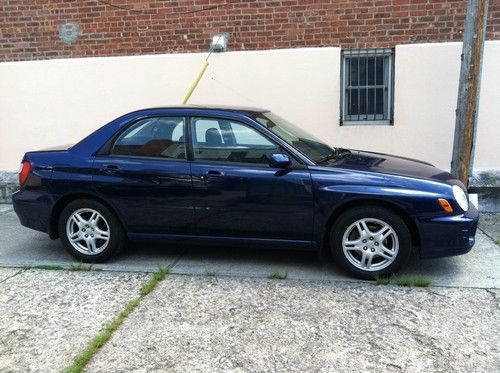 When I was a kid I went with my family to a Subaru dealership. My brother, being clever as he is, pointed out that Subaru backwards spelled "you're a bus." The portly salesman was not amused, and we bought a Passat instead. Fast forward a couple of decades and we can't help but wonder if Subaru wasn't thinking the same thing when it named its new concept Levorg, which spells "grovel" backwards. The company itself says the name is a combination of the words "Legacy," "Revolution" and "Touring," but one way or another, that's what they're calling it, and here are the first preview images and details on the concept which Fuji Heavy will unveil at the Tokyo Motor Show this year.
Designed to combine the feel of a sports car with the practicality of a touring car, the Levorg looks set to preview the next step in a long line of performance-oriented Subaru wagons. It packs a 1.6-liter turbocharged boxer four and next-generation EyeSight technologies in what looks to be a svelte yet muscular form that could point the way forward for the next Legacy.
The Levorg, however, is not the only concept which Subaru will reveal in Tokyo this year. The Japanese automaker has also revealed plans to unveil the Cross Sport Design Concept (which could preview the replacement for the discontinued Tribeca), the Crossover 7 Concept (which looks like a taller version of the Legacy wagon with an apparent third row of seats), and an Evolution version of the Viziv concept presented in Geneva earlier this year. Scope them out in the gallery above and press release below.